Hollyoaks has recently been complimented for ‘breaking the limits’ in relation to LGBT, BAME and disability representation by our Twitter viewers" 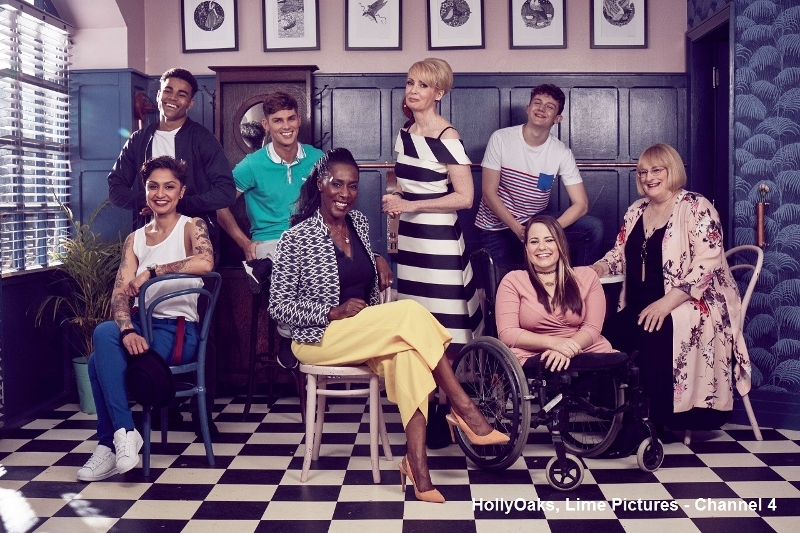 In 2015, Peter Hunt took up the position of Head of Casting and Casting Director of Hollyoaks for indie Lime Pictures. Within his role, he oversees the casting needs for all of Lime Pictures’ drama and children’s output.

On Hollyoaks specifically, Peter and his team were keen to refresh the look of the show to make it ‘more vibrant, diverse and reflective of modern Britain’. Pact chatted to Peter to find out about the approach he took to do that, and how successful his efforts have been.

Q. What kind of goals did you set yourself in aiming to make Hollyoaks more diverse?
One goal we set ourselves was to try to source at least 20% of our supporting artistes from the BAME communities. This meant making more vigorous attempts to engage and recruit people from local communities, and encourage more talent to travel to Liverpool as well as Manchester, which is known for hosting several productions at any given time. We extended this to BAME young supporting artistes, who we sourced through local/northern schools, youth groups and more. I’m delighted that on a weekly basis we are exceeding our aim of 20% and are achieving more like 30% on the show.

Q. How about within the main cast?
When I took over in 2015 the BAME representation within our main cast stood at 9%. We set about improving that as an entire production team by generating new, innovative storylines.  And within the casting department specifically we thought about more effective methods for attracting BAME talent, such as making the casting process less London-centric and helping the show become more reflective of the North West, where Hollyoaks is set. The BAME representation within our main cast now stands at 21%, which we’re thrilled about.

Q. What other areas of diversity have you tried to address?
We were also keen to work with actors from various socio-economic groups and did so by holding workshops at afterschool clubs, youth theatres and more. Through such workshops we travelled as far as Glasgow to find new talent, and recruited new regular actors Lauren McQueen (who plays Lily Drinkwell), as well as on-screen twins Theo Graham and Malique Thompson-Dwyer (who play Hunter and Prince McQueen).

In addition to our work with those under 16, we have also used regional talent workshops of artistes over the age of 18 to source working-class actors who perhaps were unable to progress through the often prohibitively costly drama school route.

Q. What’s your approach on the show to including disabled characters?
We are determined to prevent our disabled characters being defined by their conditions rather than their personalities – whilst still acknowledging the challenges faced by the disabled community.

We were eager to increase our disabled representation and recruited wheelchair user Amy Conachan (who plays Courtney Campbell) and regular supporting artiste Kate Wynn, who has Down’s syndrome. As Amy has said in interviews, Courtney’s first storyline hasn’t been built around her disability. As awareness of disabilities has grown over the years, we thought there was no need for her disability to be central to her early storylines. Courtney is a strong, feisty and independent character helping us to modernise the way disabled people are portrayed and perceived on TV in 2017.

Q. What are your aims going forward?
We are booking a minimum of three disabled supporting artistes a week and hope to continue to develop new processes for attracting disabled and BAME talent to Hollyoaks. Hollyoaks has recently been branded ‘the most socially-diverse show in the world’ and ‘progressive’, and was complimented for ‘breaking the limits’ in relation to LGBT, BAME and disability representation by our Twitter viewers. We are thrilled our approach to diversity has been met with glowing praise on social media and other various high-profile media platforms.

Q. What one piece of advice would you give to other casting directors looking to improve diversity on their programmes?
To keep spreading the net far and wide. We did really well with pick up from social media, colleges, sports groups etc. Even if they don’t have anyone that is right for the particular role you are casting you form new relationships with those keen to be considered for future projects or want further advice on how they might consider a career as an actor. We need to be able to support and nurture new diverse talent across the board.

Peter initially trained as an Actor at The Arts Education School, London and worked professionally as an Actor across various TV, Film & Theatre projects before moving behind the camera to work in production and casting. Over the years Peter has worked on many popular and well-known productions such as Where the Heart is, Coronation Street, Shameless, Blue Murder and Cold Blood to name but a few.

In recent years his career has led him to cast an array of productions both for the UK and international markets ranging from music videos, TV commercials and comedy to drama, feature films and theatre. In 2015 Peter joined Lime Pictures, taking up the positions of Head of Casting and Casting Director of Hollyoaks.