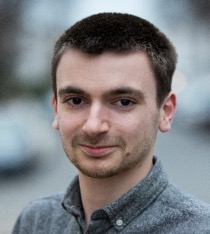 Meet Colin Scott, a young, ambitious production secretary who, despite having a disability, has big plans to thrive in TV production, with big goals to eventually manage large-scale, international productions in Factual programming.

It’s exciting and intense being the go-to, point-of-call on a production. It’s a great way to get to know how the whole TV-making process works.


Colin first heard about Pact’s Indie Diversity Training scheme - a six-month, paid placement with an independent production company that allows entry-level talent to develop in a thriving business environment, through a post he spotted on Twitter, which was swiftly followed by an e-mail from a close friend who forwarded him the link to apply.

Taking this as a sign from the universe, and equipped with a 2:1 degree in TV Studio Production from Southampton Solent University, where as part of his degree, he had already notched up three production placements at Woodcut Media, Mentorn Media and Grace productions under his belt.

Colin knew it was worth spending two and a-half weeks to prepare a kick-ass application because what he had to gain not only included a six-month paid work placement in an established independent production company, but this scheme also offered; a designated mentor, weekly immersive training sessions and insightful industry masterclasses taught by some of the industries most talented creatives - Colin knew this was too good to miss out on.

Having learnt from applying for previous industry schemes, that drafting lengthy applications could scupper his chances of being selected. Colin spent time carefully articulating his experience, citing the reasons for why he would make an excellent candidate and detailed his future aspirations in the industry.

After an intensive 4-hour selection process, Colin, along with eleven other candidates, were chosen out of hundreds of people from across the UK, to take part in the 2018 London cohort of the Pact Indie Diversity Training Scheme.

Placed with one of the world’s leading producers of Factual and Drama content, Wall to Wall which is part of Warner Bros. Television Productions UK, Colin started as a production secretary working on a high-risk, international drug series, which was filmed across eight countries around the world. In this exciting yet challenging role, Colin learnt how to manage crew, budgets and schedules as well as learning how to ensure the safety of crew when they’re abroad working on remote locations. All incredibly valuable skills to eventually become a first-class TV production manager. 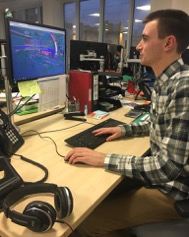 The PACT Indie Training Scheme really helped me to manage my workload better.

As part of a nimble team, Colin spent the first three months of his placement working on his confidence and learning the ropes from his Production Manager and Line Manager. This was his first time living and working in London, but he quickly settled into London life and got up to speed with the workflows and format of the show, picking up the all-important processes of production while understanding the complexities and importance of copyright clearance issues, safety-training and the all-important production paperwork. 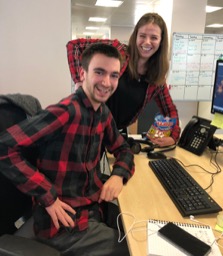 With the help of his production team and meetings with his mentor, Colin went on to secure interviews at BBC factual and Ricochet Productions, which lead to multiple job offers to consider. He eventually opted for a 16-month contract as a Production Secretary with Warner Bros. TV Production Services, working on a landmark international natural world series. Colin now works alongside the two production managers, assisting with all the logistical production needs on the series, which is filmed in various countries simultaneously, which no doubt brings different challenges. Although we have every confidence that Colin will rise to the challenge!

1. Research the job roles thoroughly before you apply for them so you have a clear understanding of where you want to go. There is a massive difference between working as a Production Secretary and a Researcher

2. Watch a lot of TV! It helps to give your colleagues an idea of what you like and what your interests are

3. Be switched on to conversations going on in the office all around you, as they may affect your working day and give you an opportunity to make contributions to the decisions being made

4. Make a lot of tea – not just because everyone likes tea, but because it starts conversations and keeps people motivated and cheery in a busy environment

If you’re interested in applying to take part in Pact’s Indie Diversity Training Scheme, you can find more information about what's involved here.